I finished the sixth painting of the Pilot Set a couple weeks ago and the drawing for the seventh Pilot painting two days ago. I’m finally settling into working on this next monster painting. The process of doing the drawing of this seventh work has been quite instructive. I realized while doing this drawing that I’m again quite a slave to pattern. Motifs and elements of other Pilot Set works appeared where they needed to appear to remain consistent with the rest of the series; and I found completing the drawing as seamless as taking a breath of air, I was so familiar with the rhythm.

Here’s the completed drawing for the seventh painting of her Pilot Set: 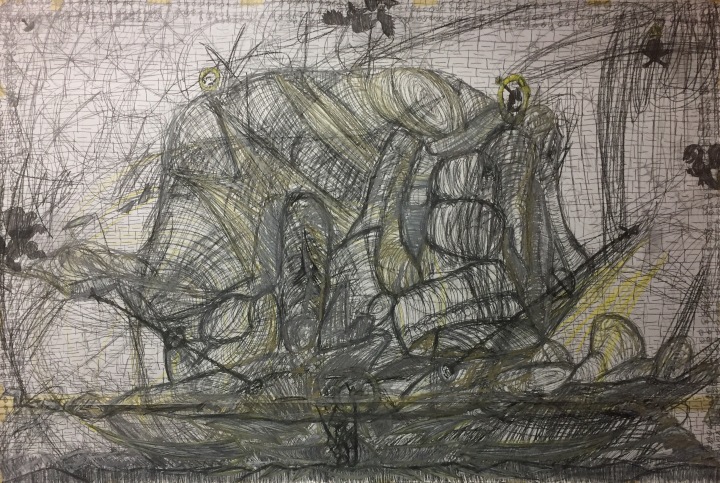 The reason why this drawing was instructive for me is that I realized that I can take old failure patterns and turn them on their heads in this work simply by changing the color story of the work a bit and allowing the cloudscape to dominate. The cloudscape background of these paintings have always been one of the stars of the show, and in this work I plan for it to be virtually the only star.  I placed the familiar diamond pattern along the periphery of the drawing, and placed the dancing diva pilot in the lower center of the piece – surrounded by a radiant lotus blossom. This leaves the central cloud mass as the dominate feature in the work.

I think making the cloudscape the center of this piece represents a bit of exhaustion with this series of work and a yearning shake up my process a bit. By minimizing all the elements typical of one of these paintings I’m hoping I can provide the viewer easier access to understand and relate to the work. Additionally I hope softening the motifs a bit will make this piece easier and more fun to paint. Today I built the panel for the seventh piece, and fortunately the box of the frame is square and not wobbly and warped like the previous work. Making the panel correctly is a surprising motivator to dive into the work, so I’m looking forward over the next few weeks building layer on top of layer. Here’s the blank panel waiting for me to paint it: 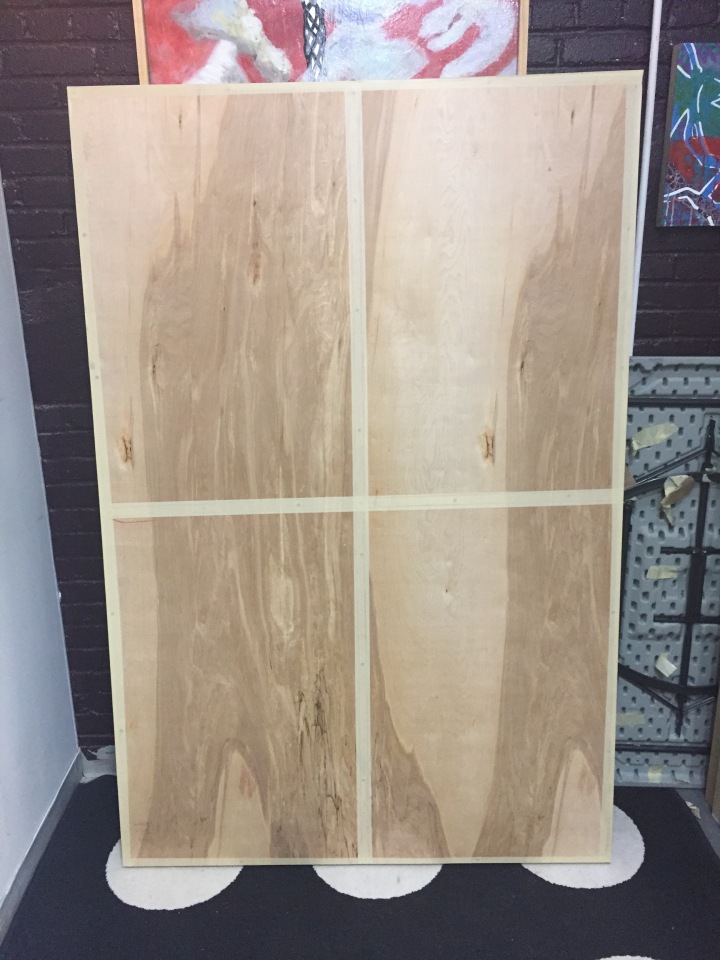 I picked up the latest Bruno Mars CD last week and am slightly disappointed by its length, it only has 9 songs. It does however have the requisite 3 songs that for me makes the purchase a good buy for me. Last week I gave you the two charting singles from the CD. Here’s the third track that I think should be a single too. It’s called “Perm”. What do you think?

I think next week I’ll have a little work on the new painting that I can show in a blog post so when I have something to show I’ll do a new post. Until then do be well.