I’ve made some really amazing friends lately especially at the banana factory. Unfortunately I may have recently lost one of them due to personal issues that person has with a collaborator of ours. These personal issues could not have come at a worst time as they have interrupted the roll out of a online arts registry for which we received a state grant to implement. The exodus of my friend from this project has reminded me of the value of friends and the difficulties of staying professional with them; along with the surprising thrills of having to hustle.

This incident along with work, finishing a painting, dealing with a death in our household, and preparing for an artist-talk next week at RIT, has left me a tad stressed out, but I’m trying to be a big boy about it all. There all first world problems after all. I’ve been finding that a nice stroll down my Facebook newsfeed can be a nice stress release. The other day I found this YouTube video their that really summed up my feelings lately. Here it is….

I’ve also been really getting into the Isley Brothers again. I recently found this great song I’ve never heard by them. It’s called “Live it up”, here’s a YouTube of it too… it’s a live version from Soul Train.

As I said earlier I finally finished Pilot #5 on Sunday (see below). I’m sure I’ll tinker with it over the next couple weeks, but today I plan on cleaning out the studio once again to prepare for a new series. And on that note, until next time… 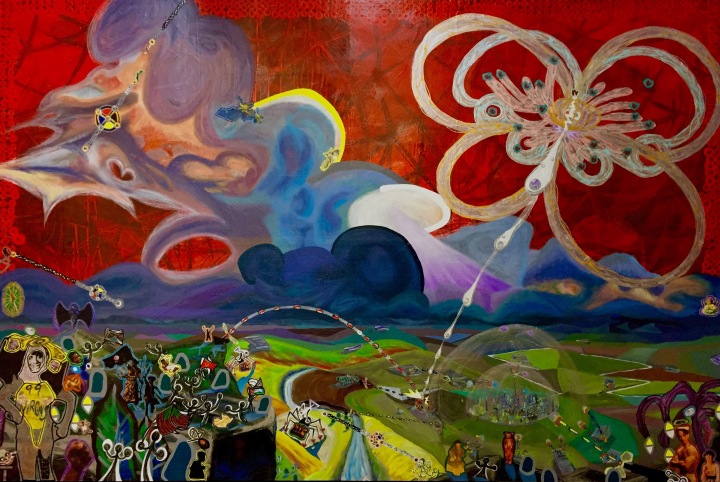