I’ve become accustomed to thinking and blogging about what happened at First Friday a couple days afterwards, and so it continues with this post. I debuted “Pilot #4” this time around and I think it was a hit. Funny thing is doing these large paintings really takes a lot out of me. I can become obsessive about them, even dreaming of the finished work. So when they’re completed I feel this huge sense of relief, but like with any drug as soon as the high is over you want another hit. So now I’m mentally rushing through this short series of small paintings called “Patrick’s Menagiery” so I can start “Pilot #5”. That painting will be the largest painting I’ve done in 10 years, and to say that I’m terrified of it is an understatement.

The comments about my work this time around followed a typical script with folks stating how they liked the color in my works. Strangely I hear a put-down in such comments, which is probably my insecurity on display. I did get a really interesting visit from a young lady, and her cute boyfriend. This lady thought that my work and process was super-fluid. I don’t know exactly what she meant. I think it had something to do with some of the rigidity of my process, how element layers on top of another, and the quest my paintings take from the prep drawings I do. But, whatever she meant I really liked the sound of the word super-fluid.

I got a tremendous boost from my boyfriend showing up and bringing along my friend King and a buddy of King’s. They were gregorious the entire night. King is like a carisma-machine, he just doesn’t stop. He actually sold a small painting of mine while I took a step out of the studio to breath some herbal fumes.

I tried to not stress to much about feeding folks who visited the studio, and even managed to get some good work done on the menagiery piece during the opening as well – I think visitors enjoy a little demonstration. In the end I resented having to leave since folks were staying late to get drunk and have fun, but I had to make the donuts early the next day. So maybe next First Friday. Until then…. 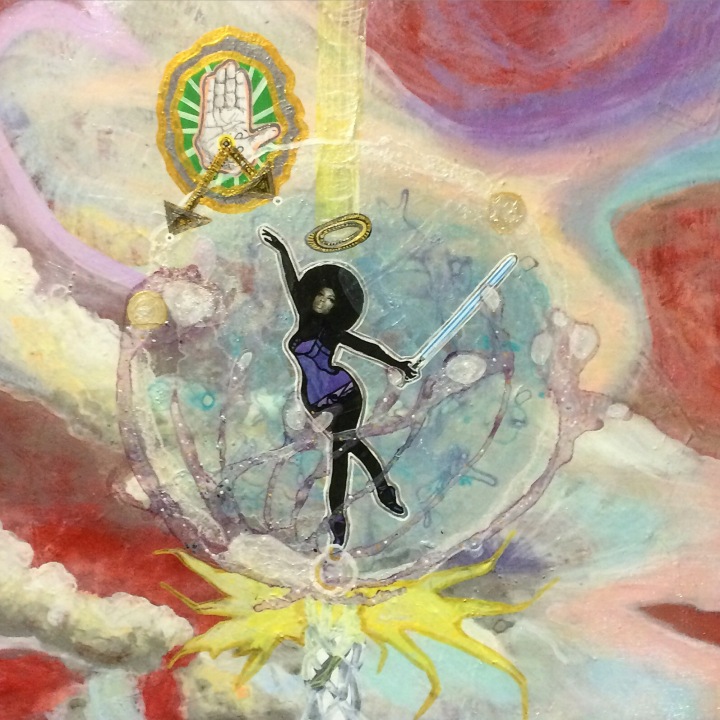 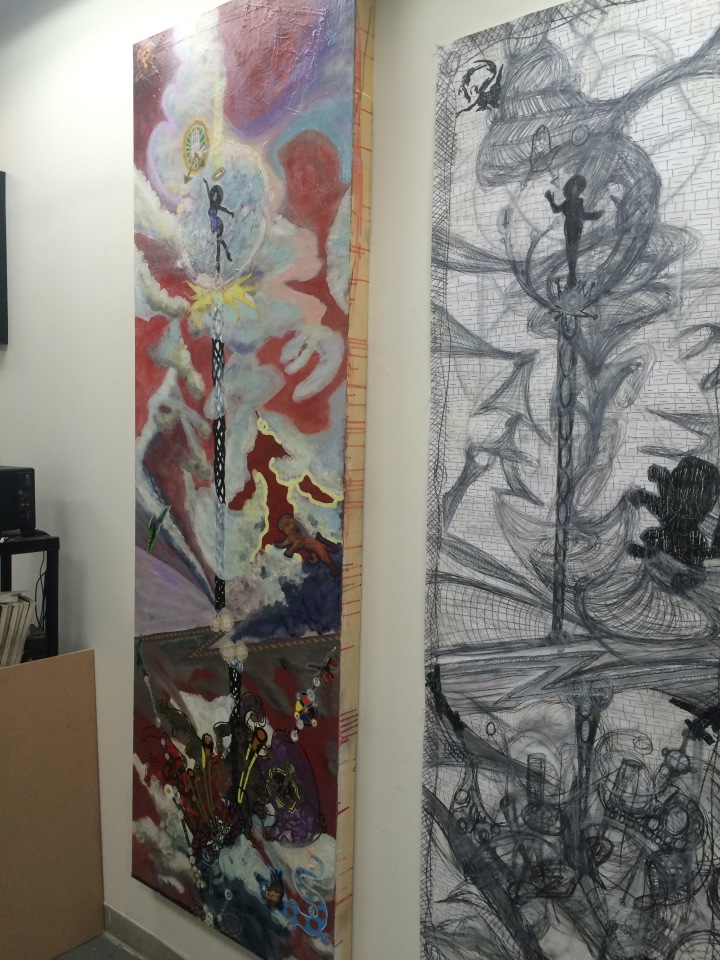 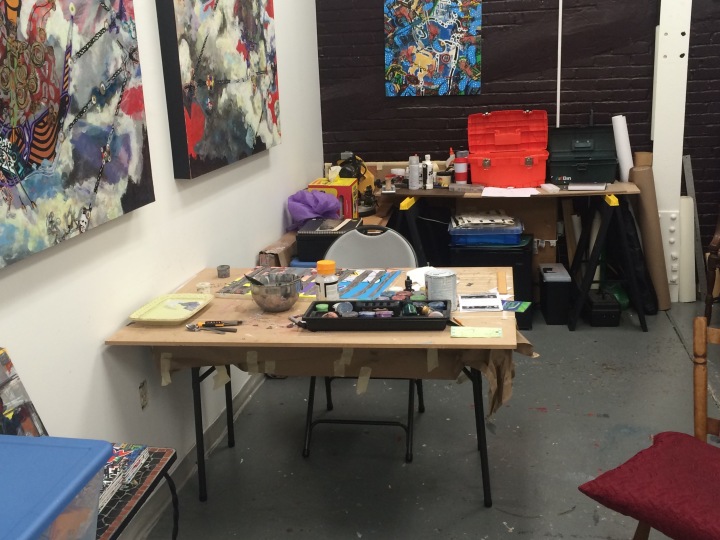