I work retail and often encounter difficult customers. I’ve come to the conclusion that if you think you are a “Karen” then you are one. I don’t think it’s an accident that we’re seeing the worst of the privileged whether racial or economic in nature, being expressed during this pandemic. I think those who are used to advantages find any kind of disruption of their “rights” as being against some sort of natural law. I’ve observed some truly horrible and disgusting behavior since the pandemic began and it has profoundly shaken my sense of fraternity with white and privileged people. It just feels from my experience that they’re just not in this fight at all, it’s too uncomfortable for them to face. 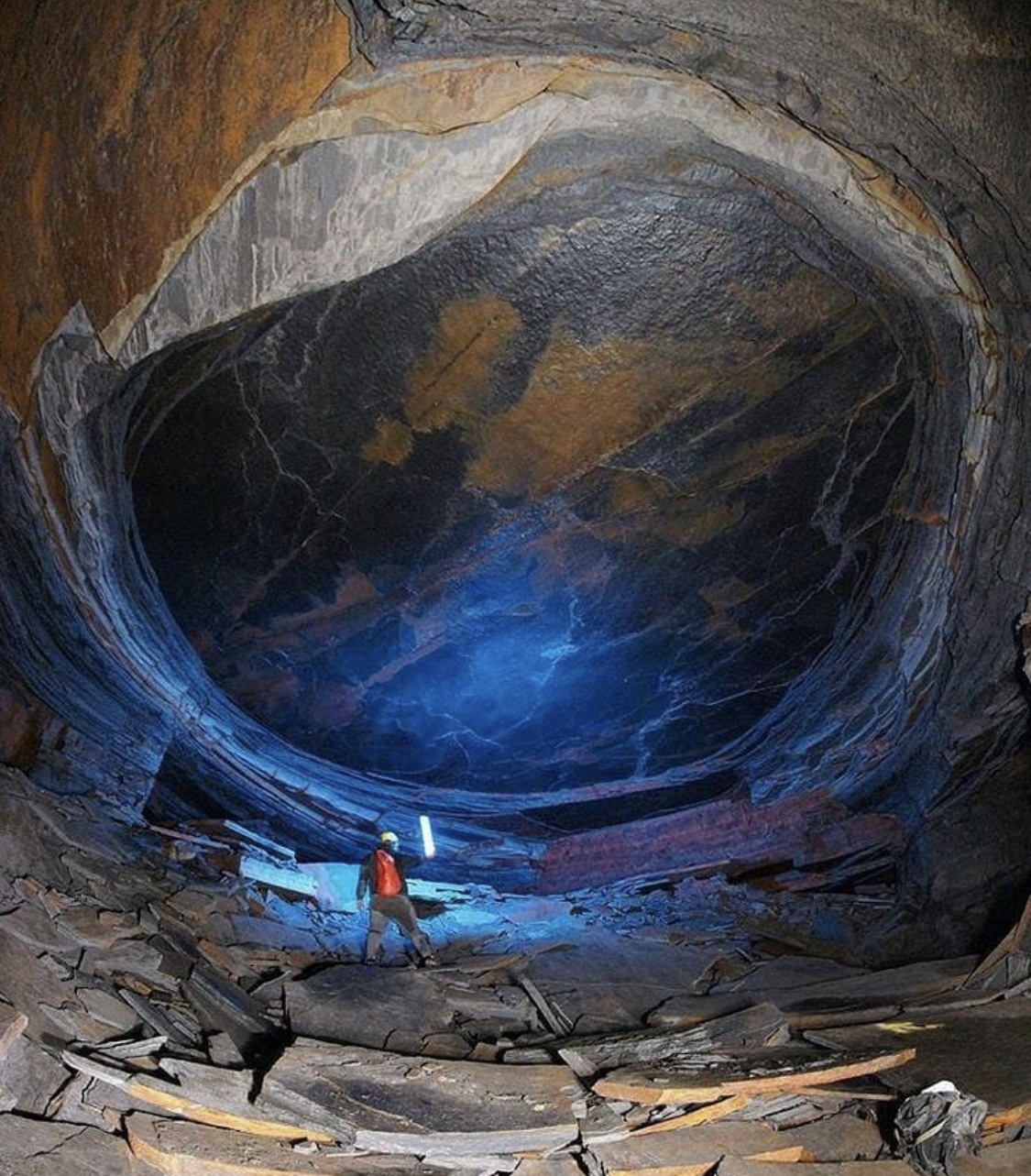 Here’s the Dragons Eye in Lancashire UK, my friend Darrell George sent it to me thinking that it reminded him of my work

I think the Karen’s I see are a particularly onerous subgroup. Experiences with these haughty ladies are so common, a daily occurrence in fact, that I can scarcely remember all the instances. The memories just turn into a mass of meanness in my mind. What I find sad is the coercive effect these encounters create within the wonderful people I work with. To see honorable, cheerful, social people beat down by impatient, rude, demanding, selfish and spoiled customers is dispiriting.

Here’s an image of a black hole that I’m looking at for a future piece.

I think its a privilege to have so many stores open during this epidemic. Had we done pandemic response correctly in the beginning then far fewer stores would be open because we’d all still be sheltering in place until the first wave passed. It’s usually when something is taken away from us that we really appreciate what we have. The thought occurred to me the other day that once the dot-coms completely take over and there’s no brick-and-mortar stores left these customers, like the Karen’s and Brad’s and Chad’s and Becky’s, will reflect on how they behaved and have some regret.

I saw a really good Facebook video on white privilege, actually there are dozens. This short one came out in the heels of news that Amy Cooper would be prosecuted for making false claims to the police. Here it is:

I put up a flag the other day because I felt proud to be an American. It’s such an honor to be a citizen now because so many people are awake to the task ahead of truly making the country great. I’m so looking forward to the new world these young and not so young activists create for us. We’re really in store for a bright future I believe.

I’m still very much into Khruangbin lately. I’ve heard their new album like a thousand times since it dropped two weeks ago. Khruangbin was introduced to me by my friend Tyrone Webb. He’s into ambient trans-like music that’s perfect for arting. Another great song off their new album “Mordechai” is “One to Remember”. The other obsession lately has been Aaron Neville, especially “Tell it like it is”. Here are their YouTube videos for your enjoyment.

I’m not getting the time in the studio like I want lately. I’ve let some energy and time vampires nest too near to me. It’s incredibly distracting because I have so many ideas that I’d like to work on. I’ve resolved to really ignoring everything on my art days so I feel like I’m accomplishing something real on my days off. Next up in the studio is still work on Gnostic 3, my Earth painting, and my two flower bouquet paintings same as last week. I hope finally to finish Gnostic 3 which is the goal for this week. I think I’m pretty close to that goal barring unforeseen events. Until next time, everyone be well and stay safe.