I’ve been doing a lot of thinking these past few weeks about the course my life has taken and where I might have ended up if I turned left instead of right. This political moment, with our higher than normal racial tensions, makes these reflections naturally turn to how this issue of race has shaped my life in subtle and not so subtle ways. The most stark illustration of how race touches us all is in the not-so-easy to perceive area of employment. Not-so-easy to perceive because it’s hard to know why one didn’t get xyz-job, or why you haven’t been promoted while others with less experience seem to advance.

I was having a conversation with one of my girlfriends out in California, the brilliant art historian and artist Jackie Francis, last week about the professional conference we are both affiliated with called the College Arts Association. This group has many agendas and aspires – with varying degrees of success – to promote the interests of arts professionals at the college level. They are also the chief way artists get jobs teaching at colleges. I can remember as a young academic hungrily waiting for the monthly jobs bulletin – back in the stone ages when there were monthly print editions of the jobs bullitin – hoping to find something entry-level that I was qualified for. Over the years I stopped paying for my subscription to this group for various reasons, primarily because it’s very expensive but also because of the series of catch-22 situations I found myself in whenever I tried to gear up for applying for teaching positions. Situations like needing to travel to conferences, pay for fees, have artworks professionally documented, have the proper clothes to wear, have kick-ass supporting documents that made you sound like the vital missing link to a program. These catch-22 situations start out as more economic ones where you need money to get one thing to get the experience needed and mentorship required to achieve the other; all professional advancements become invariably influenced by race and class.

What set me off and led me to vent with my friend Jackie was this BLM show of “support” from CAA that I received in an email blast about a week after the George Floyd murder. I just thought it rang so hollow to my experience with that group or with colleges in general. Most school rely on adjuncts to teach who are invariably poorer socio-economically or are people of color or woman. For that organization to claim support without addressing the myriad ways schools undermine the pipeline to advancement is hypocritical at best, and at worst is downright sinister. I think most corporate signs of support for people of color are just words with little follow-through. Time will tell I suppose, but I remain unimpressed and cynical, actually more like angrily ambivalent.

I’ve been taught through various means of negative reinforcement that any issues I’ve ever had in achieving a high aspiration like being a successful artist or having a great and fulfilling job were due to my lack of effort. If I were “good enough” I would get what I aspired for. This I think is a common attitude amongst aspirational people of color, after all we want our successes to feel like our own and not due to someone else’s liberal guilt or affirmative action. I reminded of old boyfriends of mine who would wonder why I did not have this or that possession or would actively berate me for attributing any aspect of my circumstance to race or class. The compounding of this “negative chorus” has certainly had an effect on my sense of dignity and reduced my faith and trust in people.

I’m heartened however by the protest movement out there right now. I told a friend the other day that I wanted to put up an American flag becasue I feel so proud to be an American now. I think this soul-searching that we are doing during COVID-19 and post-George Floyd really reminds me of what make this a special place to live. I do regard our nation as beleaguered and perhaps in the middle of a global decline, but there is an aspirational core to our character that makes us discontented with anything that fails our national civic ideology. That thought, along with my determination to continue doing artistically what I do keeps those melancholic what-if thoughts at bay. You know I really think were all just muddling through the best we can.

Heres a couple flower pictures I gathered over the past few weeks that I liked. I took a picture of the purple flowers one day while walking home from work while the field of white flowers comes from a friend of a friend, Jillian Wright Prout, and is from her farm near Kutztown, PA. I think both are destined to be flower paintings soon. 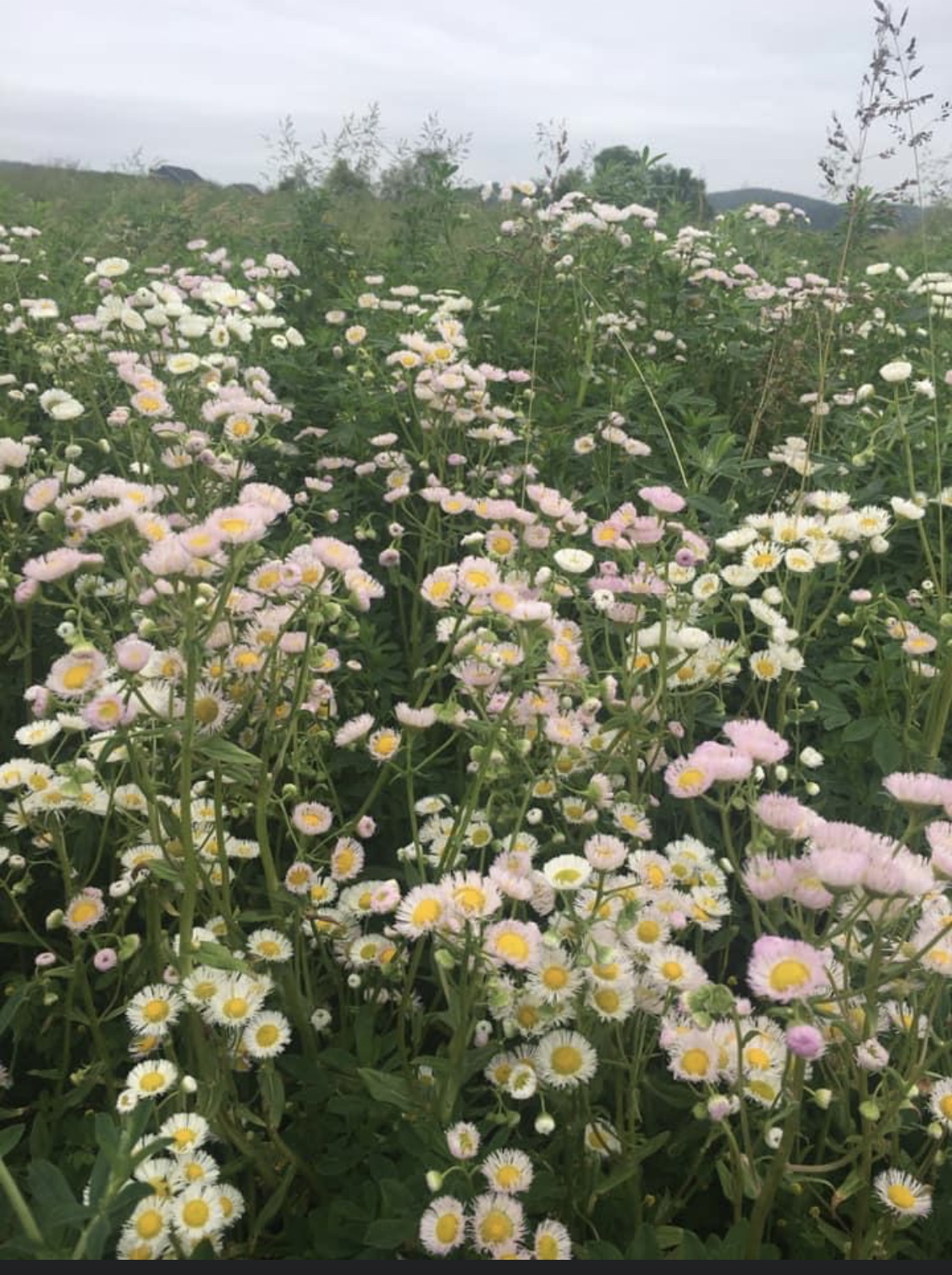 My buddy Tyrone turned me onto this group called Khruangbin the other night while at his place for dinner. I’m certain I’ve heard of their stuff before when I let my Pandora play on random, but this time one song stood out to me. Its called “Cómo Te Quiero” and it’s from there album Con Todo El Mundo. I also like that new Beyonce song she made in response to the protest movement, or maybe inspired by it. I hope its followed by a record release, I think we can all use a little more Beyonce in our lives. Her new song is called “Black Parade”. Here are the YouTube videos of the songs.

I’m a little behind on blogging about whats going on in the studio this month. I hope to catch up over the next few days. I’m working right now on Gnostic Confessions 3 and a pair of flower bouquets. Next week I hope to finally find the time to begin my final planet painting of the Earth. I’ll surely blog on details of all these projects soon. Until then do be well and stay safe.