When I was a kid living in sad suck-in-a-timewarp Plant City Florida I had a close friend named Kenneth. Kenneth was a white kid, but he might as well have been a Martian given how segregated and different our worlds were. We were friends in school – the only times where races ever mixed in my that community at the time – and we lived close enough, the hinterlands of our two ethnic enclaves, that we could actually carry on a friendship outside of school. This kid was so cool to me. Effortlessly aloof, edgy, smart, funny and theatrical in all the ways that teenagers try so hard to be. He had an older sister who never seemed to be there but had awesome taste in music, and a drunk misanthropic father who in retrospect was probably my exemplar for a creature utterly resigned to his lot in life, not in a bad way mind you. Kenny’s dad just seemed like he just checked out that’s all, happy to be a dad and a provider.  There was no mother, no explanation about where she was either, although I’m sure he told me. The Hendrixes weren’t from the south or at least any south I had ever known. They spoke with a funny accent, used words I never heard, seemed mildly disgusted with the prevailing culture of the area, and uninterested with anyone which was why I felt so happy that for a time before they moved away, we were pretty close.

My home life was not a happy one at the time. My own mother often struggled financially and with her own demons (drug addiction depression etc.), and my siblings were both much younger than me and had very separate lives from mine. So for the briefest of moments going over to Kenneth’s house, hanging out, listening to music, having split pea soup and crusty bread  – a regular dinner there it seemed – was a welcome respite and a vacation from my own humdrum teenage existence. Kenneth was determined to leave our little town and spread his wings and do something with himself, and I remember he often talked about the conservative attitudes of our town as being one of the things that were holding him and everyone back. I’ve been back to Plant City a few times more since becoming an adult and making my own great escape, and the town has changed little over the last 20 years, with the exception of a grown Hispanic population.

While working in the studio this last weekend I stared at this pile of cedar roof shingles I bought a few weeks back. I bought the shingles with the intention of building rough boards I could paint on at some later date. I love building rough-hewed painting surfaces, the rawness of these surfaces compliment my abstract painting style. Anyway, I decided to build similar works, with these cedar boards, to pieces I did in 2016 with the series “Matthew Likes Darkies Best”. In that series, I altered the text of some particularly racist sheet music from the 1960s into something less, well, bad. I’m not sure if that series worked but it was fun to do and so I thought I try my hand at it again. I have a small collection disturbing sheet music from that time period and I find the contents so delicious, morsel of tasty source material for any conceptual art project.

One particular book of lyrics caught my eye the other day, ” Are you from Dixie ’cause I am too” by Jack Yellen, and I had to play with it. I got to thinking about how Kenneth would find the lyrics about good old southern traits and the fields of cotton growing, and the stirring sights of plantations and how he’d be disgusted. I thought he’d probably regard the bouncy tune as a sort of lament. So I went with the idea and created “Kenny’s Carpetbaggers Lament”. The lyrics of this song aren’t a pugnaciously racist and “Momas Little Coal Black Rose”, the source material for “Matthew Likes Darkies Best”, but the attitude and spirit are the same.

I do a lot of thinking about race and class. Recent events in Gerogia with the murder of Ahmaud Arbery has me thinking alot about the depairities that exist in our society. The Covid epidemic hitting black and brown communities so hard makes racist incidents like this all the more tragic. How many times have you seen people running lately to get some fresh air becasue their stuck inside, well can’t do that if you’re black aparently.  I don’t usually pretend to have any solvable solutions to the many ailments nationally that race and class cause. I do powerfully feel the tide of swimming through that muck and am often exhausted because it touches everything. With all that said I hold to it that I’ve had an amazingly charmed existence, being mostly able to observe and make commentary on the state of affairs rather than always being subsumed by waves of inequality. 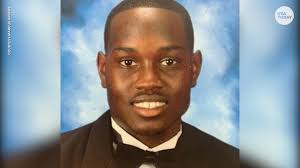 Heres a photo of Ahmaud Arbery who was murdered in February for jogging in a predominantly white neighborhood in Georgia.

That’s why moments like this one, where the virus is obliging everyone to slow down, are so rare and vital to take and advantage of creatively. I’ll like never have a occasion quite like now, where I’d have to time to work in every direction creatively all at once. It’s one selfish reason I hope stay at home orders are extended in my state. It’s really nice to reflect on a subject, absorb its relevance, and maybe recall a cherished childhood friend who always impressed you by wanting something better.

Ive been listening to a lot of Amy Whinehouse lately, so much so that my studiomate asked me to turn it off becasue it got to sad for him – too many torch songs. So after I burned through that listening phase I went to classical and to one of my standards Francis Poulanc. So here are two YouTube videos of my studio background sounds, Amy Winehouse’s “Take the Box” and Poulanc’s “Piano Concerto”

I’m finally working on my next planet painting of Neptune that I think I’m gonna title “Adoravel Christopher desejando vida como Netuno”. Its slow going so far. These large pieces take so much out of me that I go into them somewhat reluctantly becasue I know how much work is coming. The last planet painting of Uranus went fairly quickly though so hopefully this will go fast too. I think I’ll finally get around to those small Maxatawny Stitzer pieces too, eventually. Okay stay safe everyone, until next time be well.