I woke up a couple days ago thinking about why the ocean gives me such a sense of relief. I settled on the notion that the ocean, specifically wading into it at the beach, connects a person instantly to their utter irrelevance in the cosmic scheme of things or at least our collective smallness. There’s so much water, it’s so deep and often dark, its extremely cold and dense, its filled with alien-looking but still terrestrial creatures. I then think of the vastness of space. Space is expanding so fast (faster than light can travel) that there are regions of the universe that are beyond our observation. The regions beyond this perception-halo are forever lost as if they never existed, but they did.  All these thoughts make me feel, in a strange way, connected and special. That’s because even my sadness and loneliness – which I often feel in great waves – are unique, and are the confluence of improbable odds originally forged in hot firey stars spread across unfathomable distances. Sorta makes one appreciate even the capacity to have any emotion at all. It all helps to make me feel somewhat in control because I feel that there must be some purpose for all these things (my feelings, the earth forming the way it did, atoms coming together, the balance of the forces of nature) to come together right here and now. 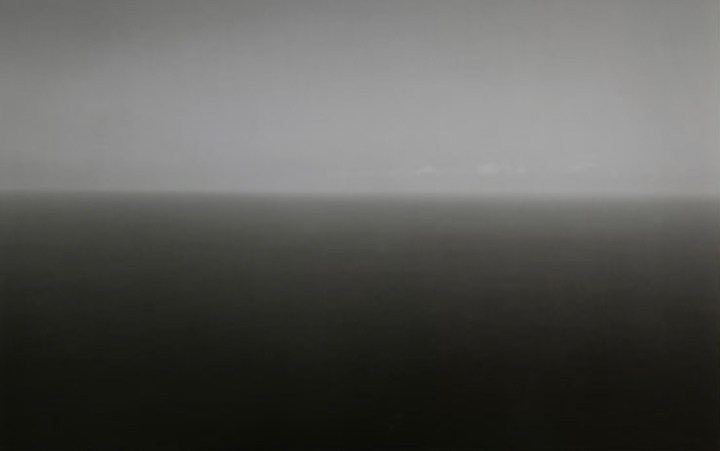 I came across Hiroshi Sugimoto in early January reminiscing about my previous more adventurous and stupid incarnation. I spoke about this previously I believe. I was looking for an artist whose images encapsulated this above-mentioned feeling of vastness. What I remember back from that experience in Japan, so many years ago, was that I was scared, scared of being alone and left behind. And that I wanted to hang out with the popular students and to be acknowledged and one of them. Funny how certain traits stay with you long into adulthood.

Here once again are the four Hiroshi Sugimoto photos that inspired my “Sea of Japan” series. 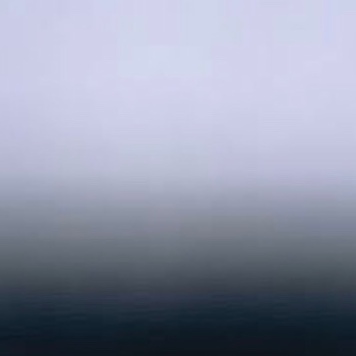 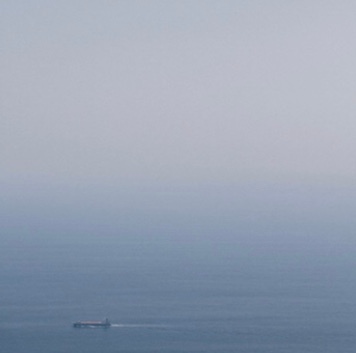 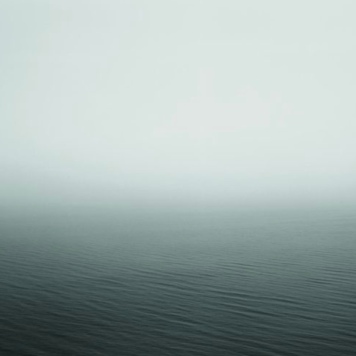 That moment I described before a few posts ago where the horizon line merges the sky with the sea was also a strangely peaceful one for me. Its a moment like when I’m painting in my studio. It was a moment where my mind was quiet and there was nothing except what was around me at that moment. When you have an overactive mind, moments where you can turn off the second-guessing, remorse, ambition, envy, jealous and sadness are precious.

Here are the four completed Sea of Japan pieces. This series was surprisingly sentimental for me. I don’t enjoy long-dwelling on the past because of how debilitating it can be so I’m very happy this series is over. For the health of my work however, these cathartic works are extremely useful, almost better than my therapy, because I face myself fully. 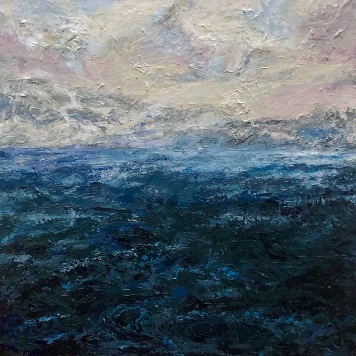 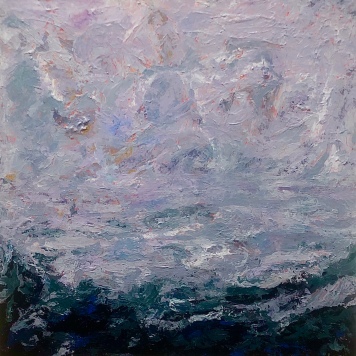 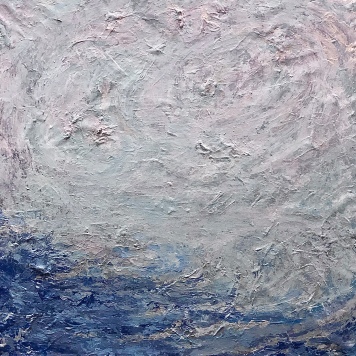 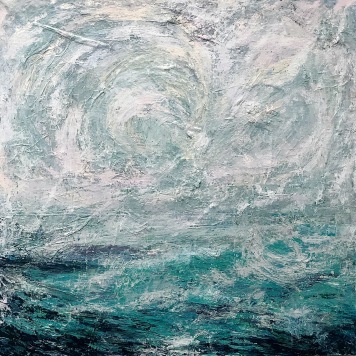 I discover great music often late. There’s so much great music being made it’s often overwhelming. I do miss the old system where everyone was listening to the same thing. Those watercooler moments musically are a thing of the past, unfortunately. But this more democratic era we live in, where these clever creepy algorithms figure us out, have lead me to the best stuff and reawakens a type a curiosity about the musical world I thought I lost when the internet first broke the music industry. Anyway, my late discovery this week is Tyler the Creator. All his stuff is amazing but I started with his 2017 record “Flower Boy”. My favorite cuts on this recording are “Garden Shed”, and “911/ Mr Lonely”. Here are the YouTube videos of those tracks.

I’m moving into the outer Solar System with my “Friend are my Solar System” pieces and finally thinking hard about those Gnostic Confessions pieces. I also feel the urge to do some abstract drawing so I’m thinking of doing a Puppet Pal Friends group of drawing too. I usually do one or two Puppet Pal Friends series a year. Until I next post on work in the studio, do be well.