I’ve been busy in the studio starting a couple new pieces but, most excitedly, doing some art business; which I avoid doing because it’s often tedious. Most applications for grants, awards, and art applications run through programs like SlideRoom; which fortunately cuts down on some of the hassle of filling out forms because you can easily copy and paste from other applications. I’m always afraid – given how poor of an editor I am of my writing – that I will accidentally send some program the form copy/pasted from another application. I’m sure this happens all the time, but what an embarrassment to find out that you’ve done this after you pressed that final send button. Luckily I don’t think I’ve been that sloppy.

I’ve finished my painting “With Fondness To Spare Nina Is As Venus” and it seems to have garnered a positive reaction on social media, my Instagram, Twitter and Facebook feeds seem to be humming. It’s really gratifying that as this series continues the works seem to be getting better. My dream is to exhibit all 11 pieces – someone told me Pluto is now a planet again so I guess I have to make that one too – in one location. We have a local science center in Easter PA called The Da Vinci Center and I’m preparing to approach them with just such an exhibition request.

The thing I most liked about painting Venus was the star-field behind the planet. I was really nervous at the beginning of the process about getting the effect right, but after toying with a couple different versions I finally settled on a strategy that felt right. For the Mercury piece coming next, I think I’m going to go with a starless background like with the Saturn piece because the source image – which involves some false coloring from a NASA photo to show mineral deposits on the surface – is so haunting.

Here’s the finished Venus piece along with a NASA photo of Mercury that will be used for my next planet painting. 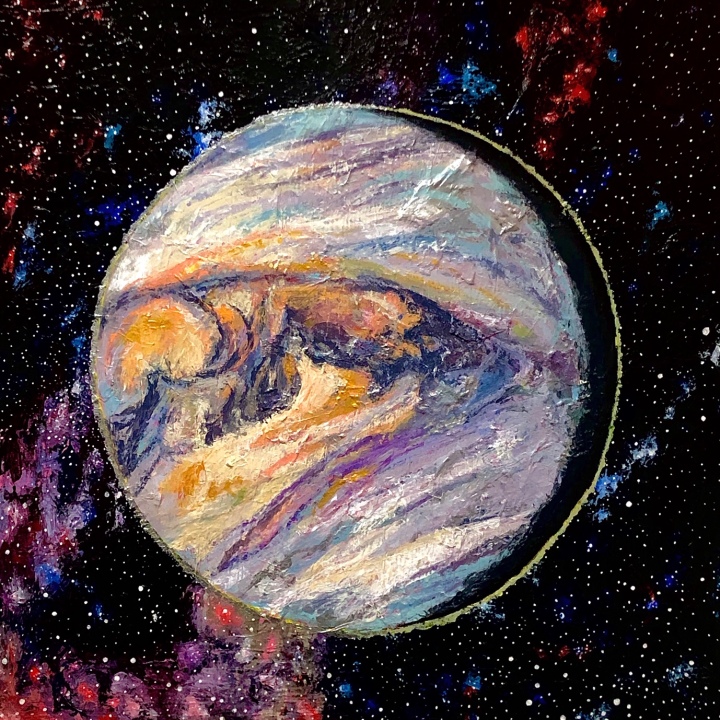 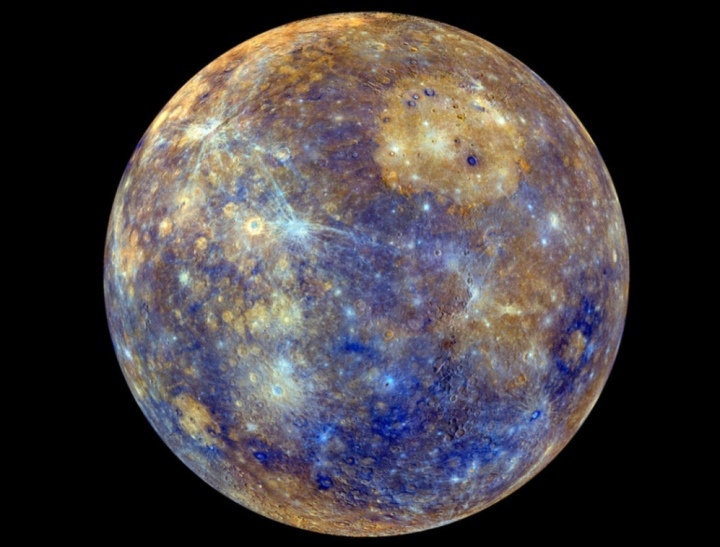 A haunting Mercury image from NASA, the source material for my next planet painting

I stayed over at the studio last night, and despite the fact that I did cut-up a little with a couple studio colleagues and probably drank too much, I did manage to get some good work done on prepping two of the four paintings for my Hiroshi Sugimoto inspired Sea of Japan paintings. They’re at the secret painting phase now and I’m so excited to push these works through to the end and see the whole set.

I’ve been feeling like I’m on fire creatively and have picked up some really unusual-for-me follow-through on applying to things. I have a reputation for procrastinating on things for a long time, usually because I’m afraid to act. This usually means addressing things right before a critical deadline, making for some nervewracking production sessions. Luckily, I’ve managed to channel some steam I think I picked up from a really strong close in 2019, and good sales at the Bethlehem House Gallery, in order to get ahead of several things. The confidence boost is real too from acting ahead of a deadline. I feel like I can do anything I put my mind to if broken into small enough pieces. My great challenge now is to not get too complacent and fall behind again. To this end, I have enlisted several friends – my colleagues and fantastic printmaker Deb Hamburger being a primary one –  to keep me honest and on track.

Here some images of my Sea of Japan pieces so far 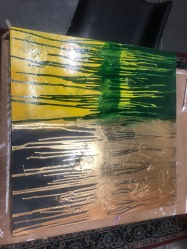 In my last post, I got a little real and confessed to some pretty at-times debilitating loneliness and sadness. The studio is usually the place where both this sadness is extruded from my pores in the greatest intensity and also where it is cleansed away. Also, I have to say, after a good session working, I tend to remember that I do have a good network in place, though usually the companionship I most need comes in a different form than what I think I hunger most for.

Okay, last night when I stayed over here at the banana, my studio mate Darrell George introduced me to Stereolab. I can’t believe I never heard of them before, they’ve been around for years apparently. My housemate Michelle says at least since the 90’s. I’m glad I’ve found them however I found them. I’ve been searching for a new group to obsess over and they are it for now. The group’s 1997 album “Dots and Loops” is amazing. Here are YouTube videos of  “The Flower Called Nowhere” and “Refractions In The Plastic Pulse”, though frankly, the whole album is amazing.

Okay I know I’ve been talking about those gnostic confessions pieces for a while now and I’m still scared of them and thinking about how to do them. I think I will definitely begin them soon but its increasingly feeling like those pieces belong to the residency I’m going on in May – at least some of the 12 I plan to make. I’ll return to this set when it feels right but for now its full steam ahead on the Mercury painting which will be named for my friend Harold Seigfried and those Sea of Japan pieces. Until I next write about these or any other musing do be well.