The new year has gotten of you a brisk pace for me in the studio with two solid weeks of getting into my zen space and putting in my 20 hours working at my real job. I’ve mostly been trying to finish off the slate of pieces leftover from last month, namely the Higg(ins) Bosons pieces and finally diving into my Venus painting. 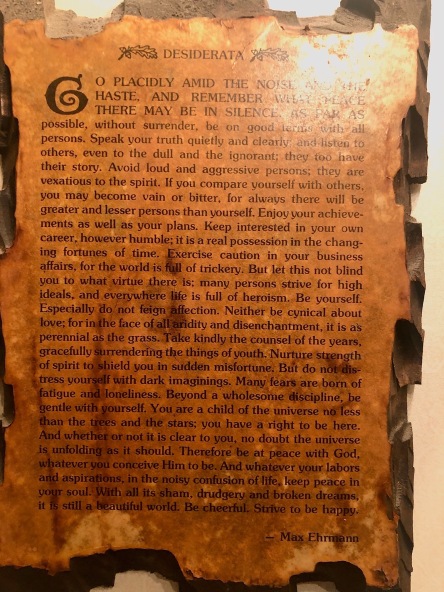 Here’s a mantra that I’m trying to live by this year, I took this pic in my friend Marc’s bathroom

This Higg(ins) Bosons pieces are turning out better than I anticipated, though muddier than I would have preferred. I’ve been working on these pieces for a couple months on and off and I’m starting to feel how ridiculous it is that the finished state of these works represents only my halfway point in most works. I’ll have to have a talk with myself this year about how important my really elaborate prep process is to my art.

One thing that has been fun with these pieces is playing with my typical corners and finishing elements. The first piece in the set featured yellow cross-hatching and a four-top Celtic tile pattern. This first work is my least favorite I think mostly because it’s hard to make the hatch marking feel edgy, loose, raw and well-composed. Also, the yellow color didn’t work too well. But the piece was for me saved because of the Celtic pattern which was a bitch to paint because there was so much close line work but kinda fun too since I haven’t painted this was in two years. The other two finished works in the boson series feature spotted corners with a king cross-bones in the second piece and a gold and silver spray spot edge with a graphic sentence in the corner for the third work. The idea behind these visual motifs is to provide a bit of play to go along with the boson formulas, and to that end, I think the third piece in the set so far captures my original idea the best as it feels loose, colorful, graphically interesting and well composed, a perfect balance.

Here are images of the three finished works in the Higg(ins) Bosons set. 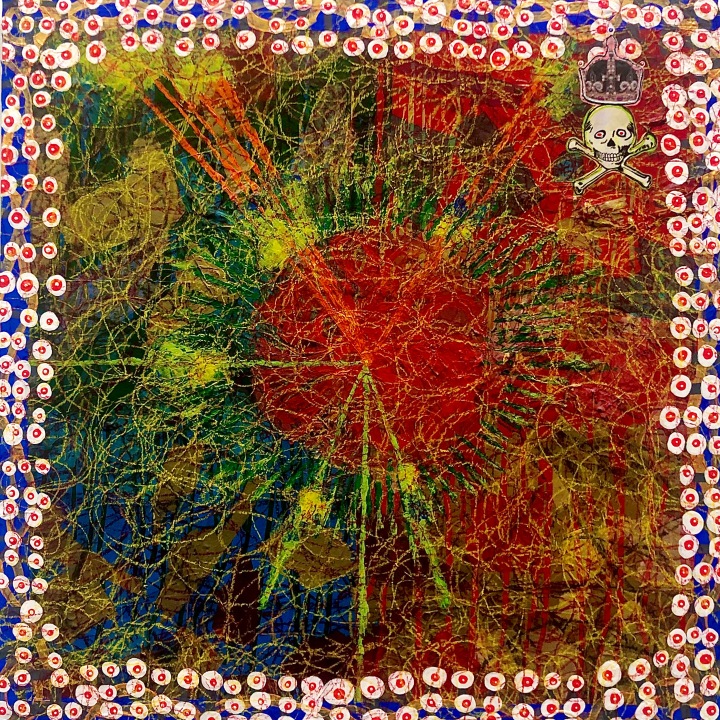 My Venus painting is moving along really fast thanks to a simple-to-draw source image. Since Venus is like a gas giant in that you can only see its dense cloudy atmosphere here from earth, it’s not too difficult to paint, though it’s hard to get the circle to stay well, circular. Often this is because I stand so long in front of the canvas I don’t notice small bulges developing until much later in the process. I’ve corrected some errors in this department already and will be able to round out the disk of the planet more once I put more finishing paint on the piece. I’m just excited that it’s moving so fast, I originally had hoped to finish the piece in December so I’m relieved that I’m not too far off track since I’d like to start a Mercury painting before the end of the month.

Here are some progress images of the Venus Painting over the past few weeks. 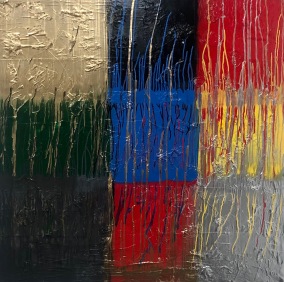 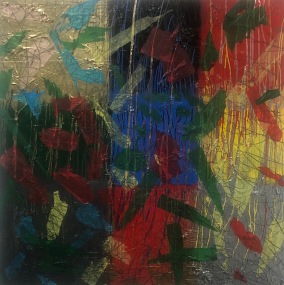 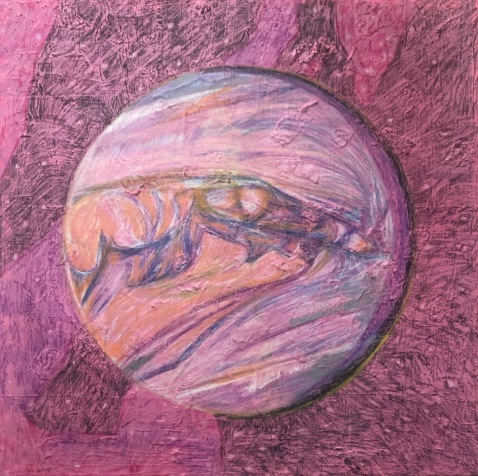 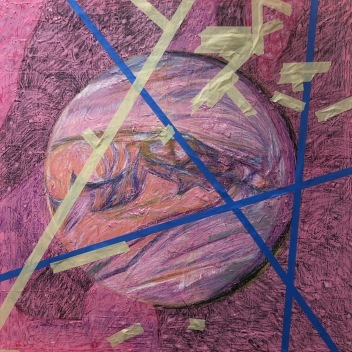 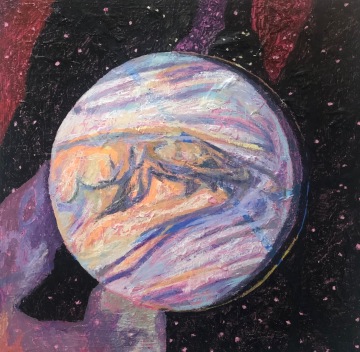 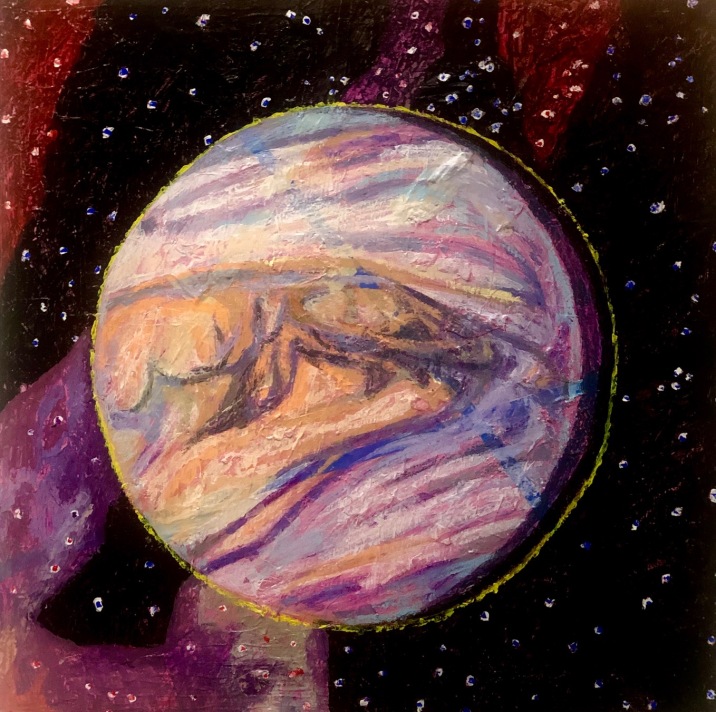 I found a new Thundercat song the other day letting Pandora play on auto called “Lone Wolf and Cub” which I feel in love with. The song has been on constant repeat in my studio and on my breaks at work, along with just about anything from Dela. I love that group, a perfect background soundtrack for painting Venutian clouds. I think there most famous track is probably “Stakes is High”. Here are two Youtube videos of these tracks.

I’m still doing some thinking about how to put together my series “The 12 Gnostic Confessions of St Bartholomew the Lame” I think I’ve figured out the size of the pieces and have a good concept set – the series is going to be an autobiographical journey through some lessons learned over the past two years. The only thing left is to buy the materials and get over the fear hump and get started on that first piece. Hopefully that’ll happen in this next week and I can speak about it outside of this theoretical framework. Until then I have planets to paint, Venus now, then Mercury and “Hershal’s planet” – you know the one I mean. Until I write next do be well.