I finally managed to work on The sixth Pilot painting this week after a couple weeks of delays in getting the supplies. It’s interesting to me to see this one unfold. Each of the paintings in this group began with a series of layers meant to give each piece a unique surface texture and this painting is no different. What’s curious to me is the reason why I keep insisting on these elaborate under-paintings in my works especially since most of what I paint is invisible to the viewer.

There’s something about the ceremony of doing these under-paintings that frees up my imagination. Even though each work comes with a series of drawings that tells me nearly exactly what to paint I still feel like I don’t know what I’m doing until these layers are complete. For this work I think they’re also helping me feel inspired to paint at all. I’m still having some qualms about engaging in such a large work again.

I still feel like even though I have a show that this work will go into, that it’s irresponsible to paint so large when I’m not sure where they’re ultimately going to live. I have a few friends I think I can place the works temporarily but short of selling the works I’m still not certain what to do with them. But at least the works are finally started. Something will turn up by way of a home for these paintings. Here’s my progress so far on Pilot 6, I’d say I’m a quarter of the way done so far. 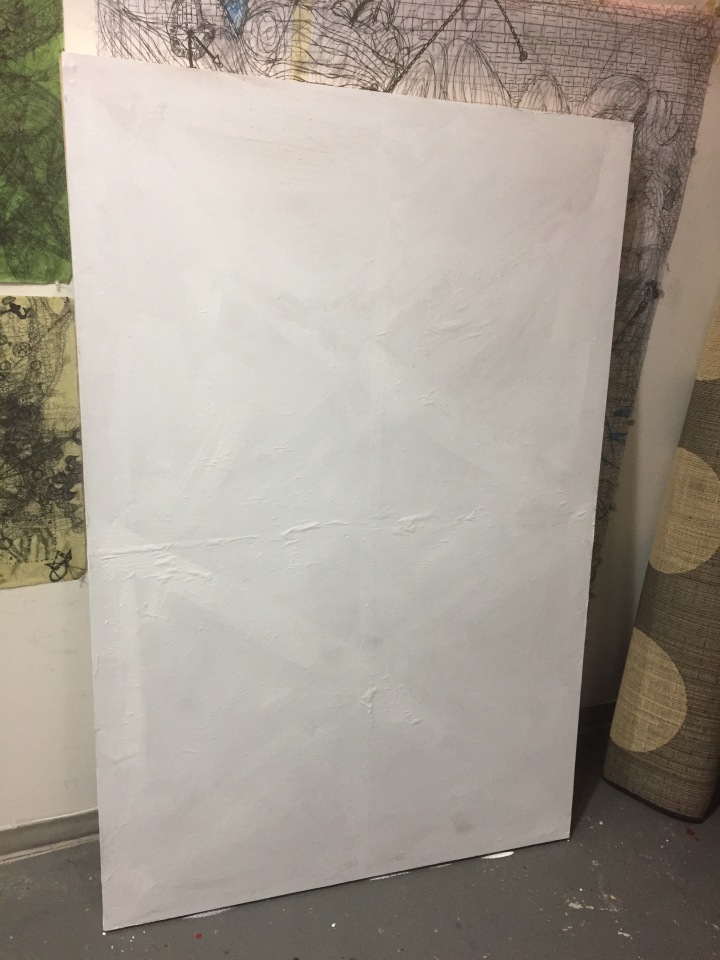 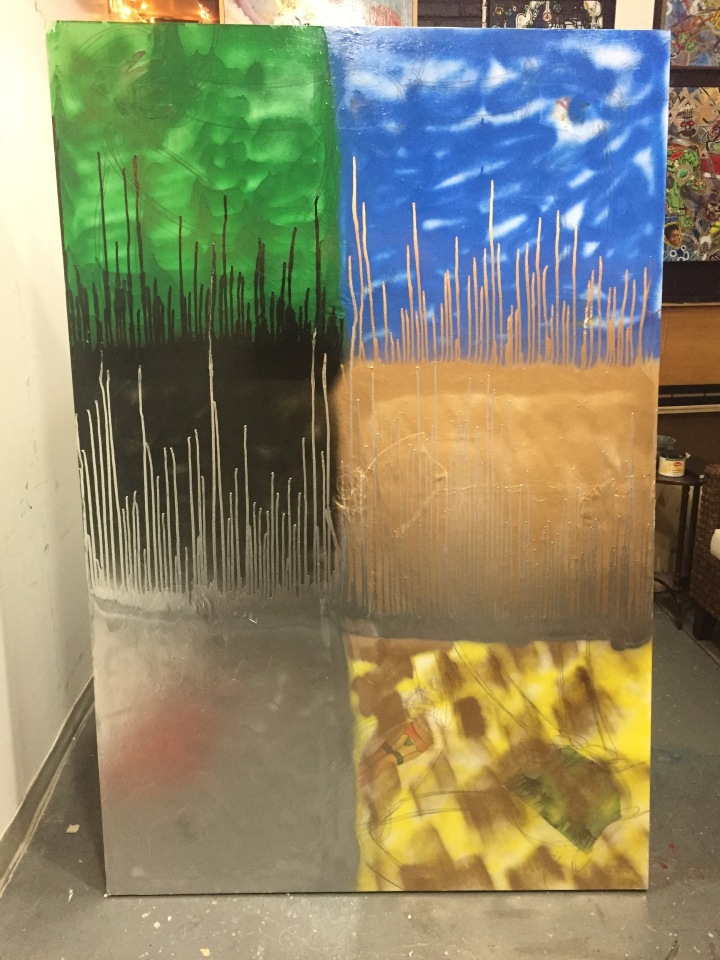 Right now I’m at the stage where I’m just falling in love with this painting. I was encouraged while on my residency to let one of these under-paintings exist in the world. While I’m not ready yet to do that I do feel that the time is coming to allow all this work to see the light of day.

I’ve been really into James Brown lately, thanks in part to Michelle Neifert and her Amazon Prime playlist. I’m surprised at how contemporary this one James Brown concert album “Live at the Apollo” still sounds. I’d play the whole record for you if I could. I did manage to find my favorite tune on the record, and so here it is. Its called “Think”.

Okay that’s it for this post. I think once I get into this painting some more I’ll post on my progress. Maybe I’ll dive into why I do so much under-painting as well. Until then do be well!