Late in 2016 the a group of administrators at the Banana Factory and ArtsQuest launched an initiative called the Lehigh Valley Artist Collective to foster greater community among arts professional from across the valley. As part of their efforts they decided to put on a series of exhibitions to highlight the stunning array of talented artist who reside in this corner of Eastern Pennsylvania.  The first of these exhibits “Compendium” is currently on display in the Crayola Gallery at the Banana Factory and I was lucky enough to be included. I had a few minutes in the studio this week after work and jotted downstairs to take in the show. Here are some images from the exhibit: 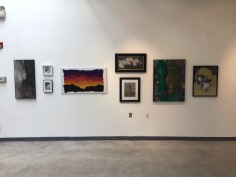 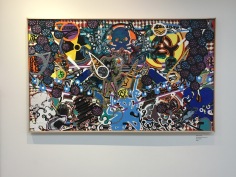 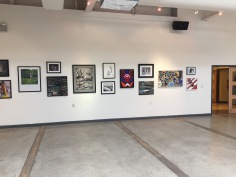 A couple years ago I tried my hand at community building in the area. That effort, called the Lehigh Valley Arts Registry or Reggie for short, failed due to personal disputes within our collective. The project – which lead to us receiving and ultimately losing a grant for its development – taught me that community building is tough and tricky. Personality conflict are notorious in the art world and our small corner of it is no exception. The good news is that our community here is vibrant and resilient and that it was only a matter of time before others took up the mantle and tried to bridge the gaps in our region. I wish the Lehigh Valley Arts Collective and all other such efforts in our area luck in their endeavors  and hope that I can contribute to them in the future.

I’ve been listening to a lot of the Brand New Heavies lately. They’re another band that my friend Michelle Neifert reacquainted me with. I remember listening to them back in the 90’s as I think I’ve mentioned before. There’s this one song that has been running on repeat in my head for the past several days and its called “Mind Trips”.  I’ve decided to share it with you here, so enjoy!

I just picked up art supplies to construct the panel for the first of the new Pilot Set paintings. I hope to have it up and ready by mid-week next week and to spend the month of February painting it. I’ll blog on my progress next week so until then do be well.