The last few weeks have been a lesson in how to carry through with a project despite not feeling like doing it. I finally finished the drawing for Pilot #6 and it turned out OK, it was a battle to complete. My mojo, or physic energy, or what have you, has been off with my art for some weeks now. I feel keenly responsible to get these last three paintings finished before the end of the summer, but the burden of a deadline has stifled my creative process.

I also believe the burden of my employment situation is having an effect on my creativity. I just started a new job teaching printmaking at Muhlenberg College, but I’m still at Home Depot as well and will be starting two teaching jobs at the Banana Factory starting in February. The turbulence employment-wise makes it hard to settle into a creative zone. I think I finally broke through with this drawing by shear will power, being in my studio and just staring at the paper until something clicked.

The piece itself is a basic cloudscape like the first few in the pilot set series but on a grander scale. The cloudscape I choose as inspiration looks more like a volcanic eruption than a cloudscape which gives the drawing that monumentality that I was looking for. My superimposed drawing method made this work a challenge to execute because certain areas appeared overworked and too intense. I managed to get around the piece just appearing like a dogs breakfast by adding a bit of color and changing up my drawing direction, using less hatch marks and more white crayon and China makers to lighten up the drawing. The end result depicts at its center an airship next to a floating ballerina dancing in the air with floating angels, dragons, a drone and a World War 2 era aircraft circling the central figures. This scene is set against a thunderous sky overlooking a cityscape.

Now that the drawing is done I can finally start on the painting. At 54 x 72 inches the drawing is large. In a departure from previous works I’ve decided to make the drawing and painting the same size for this piece as space in my studio is at a premium now. I expect it’ll take roughly s month to finish the work which has to be done expeditiously for me to stay on schedule. Here’s some images of what inspired this drawing along with the drawing itself: 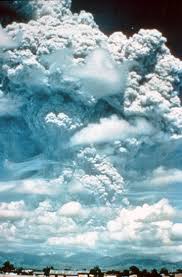 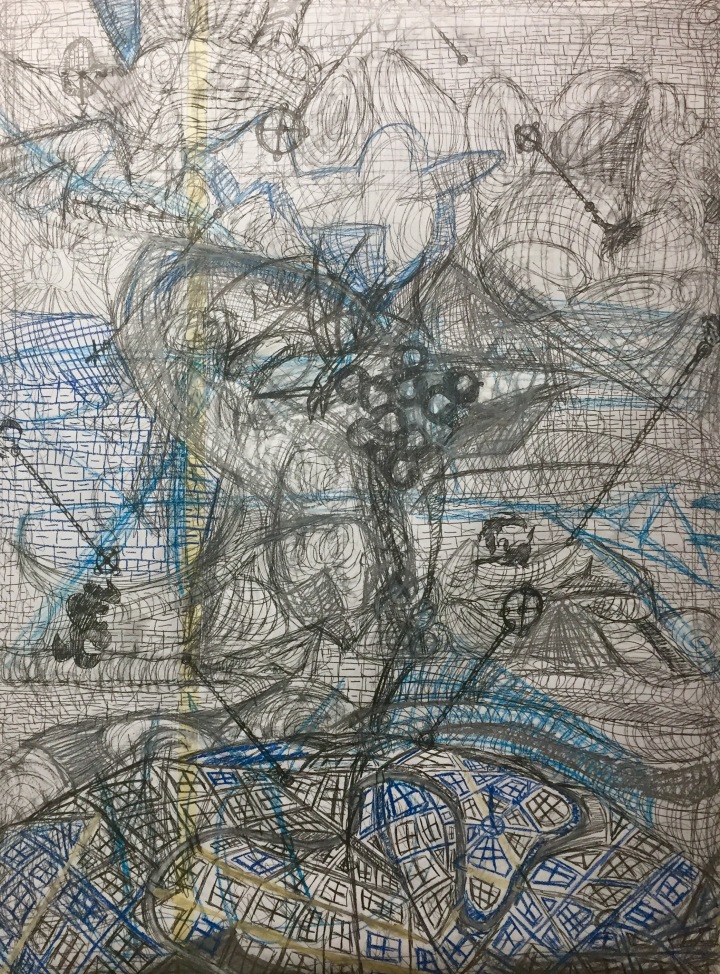 Yesterday was a relatively nice day, overcast but warm. So I decided to walk home from work at  Muhlenberg rather than take an Uber or the bus, and I listen to Charles Mingus all the way home. I played one song in particular over and over again. I imagined myself in the band playing the sax and trumpet when the main theme played. So here’s “Slop”. Hope you like it too

Okay that’s it for this post. I think I’ll write about what I’m teaching at Muhlenberg next. Until then do be well!