What a wonderful First Friday this September’s First Friday was. I’m sitting here in my boyfriend’s mother’s backyard in La Plume, Pa remembering yesterday and enjoying the gloaming. I’m remembering mostly how multifaceted the day seemed. I worked an early day, 6 am to noonish then I went to the factory to paint. I had a surprisingly productive painting session all be it brief until I decided I’d better make the studio presentable for guests. When visitors finally arrived I was surprised to find more than a few visitors actually interested in the work rather than making a b-line for the food and liquor.

I’m working on Pilot #5 which is about at the two-thirds mark by my estimation, and it’s looking good. The drawing of the piece features a section where an army of “others” seek to invade a double-domed city. It’s my commentary on the West being invaded by the Third World. It’s an extremely didactic commentary, I know. Anyway, this lovely German couple came by the studio and the lady of the pair told my friend Matt and I about being a Berliner during and after the war. It was truly fascinating because we never hear stories of Germans as victims after World War Two. Germans rightfully bare blame for the war but they suffered too and this woman told harrowing tales of the aftermath in Berlin.

Later in the evening my crew, friends who regularly come to visit me during first Friday, gave me a break from manning my space and I walked around a bit. I didn’t get very far and landed right down the hall to the studio of photographer Olaf Starorypinski. Olaf photographs are ghostly and haunting. They are beautiful though and super crisp. He showed me a series of three photos asking which I preferred. I kept seeing green in one of his favorites and we later laughed once we realized it was green reflected from the shirt I was wearing. Olaf is a great guy and I look forward to having lunch with him sometime soon.

While in Olaf’s space, drinking his top shelf primium hootch, I ran into Barrisford Booth, perhaps the man most responsible for me coming to the Lehigh Valley. Barrisford selected me to teach his drawing and painting courses during his sabbatical year at Lehigh University in 2012. Anyway Barrisford let his hair down, and was very buzzed, animated and generous with his time, advice and good will. I felt real comraderie with him that evening, though I still feel like an acolyte around him.

The evening ended with Ward Van Haute, owner of the Bethlehem House Art Gallery, and later Khalil Allaik a fellow Banana Factory artist,  giving me a visit. I really appreciated their time and pricing advice, because I’m awful at pricing my work.

All in all it was a lovely evening. Though the turnout was low due to Labor Day, I had a good and inspiring time. Here are some pics of the gloaming, here in La Plume, Pennsylvania. Until next time…. 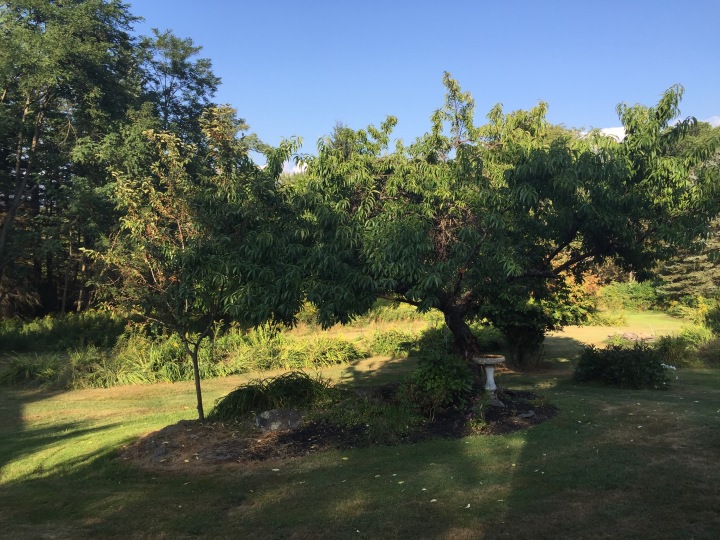